THE CONCEPT OF FOREVER

Two nights ago, I decided to watch Pocahontas. You know, the Disney movie from the mid-90s which fed the wild imagination of young children who don’t actually understand the underlying meaning in the storyline. I was one of those children, who watched it for the first time at the tender age of 6, thought that John Smith was in fact, not too shabby looking and that Pocahontas spoke both English and her native mother tongue. “She must have been really smart,” I thought to myself.

Ironic because the movie does not in any way depict the actual story of the tribal princess. If you actually read the history of Pocahontas, she was only a child when she first met John Smith, and they never did fall in love with each other. If they did fall in love, the “not too shabby looking” John Smith would be labelled as a pedophile. haha.

But I digress. I am not here to talk about the hard facts of Pocahontas’ life. The Disney adaptation of Pocahontas is in reality, completely contradictory to the actual story in the sense that Disney always comes up with its own concoction of a love story. Don’t get me wrong, I love Disney (like I LOVE Disney) but as I watched the movie while indulging on my pad Thai, I had two problems with it.

First, was the fact that they managed to understand each other. I mean, the wind literally enabled Pocahontas to understand English in merely 30 seconds. Spooky.

Second, they kept going on about how they will be with each other, no matter the circumstances – FOREVER. Now, forever is a very long time but that is not the problem that I have with it. My problem is the fact that the statement lasts for literally two seconds because if you watch Pocahontas II, you would know that she met John Rolfe (I think she fancies a lot of Johns, see what I did there – haha) and so dumped poor old Smith, who in the first movie, risked his life and got shot in the ribs while saving her very old and “wise” warrior of a father. Of course, nothing to do with the actual story as I have stated prior to this because she never fell in love with John Smith in the first place. Just had to put it out there again.

The take away that I got from those 90 minutes was that forever does indeed have an expiration date.

Love is not without heartbreak. We all experience it at some point in our life. But we pick up the pieces and move along because we are wired to do so. Wounds heal, leaving scars to remind us that we always come out stronger.

Pensive late night thoughts are good for the soul. 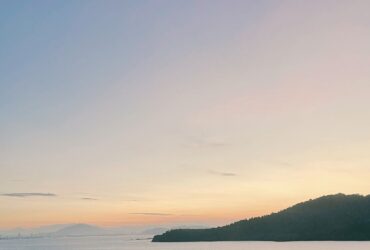